The origins of the straight pull rifle

Most marketing campaigns will always profess that a design is “Brand New” and “State of the Art”, in some cases this is true. However in the case of concept of the straight pull rifle, the idea has been around for well over a hundred years.

So where did it all start?

It started with a gentleman by the name of Ferdinand Ritter von Mannlicher with his 1884 patent straight pull rifle that went through a number of improvements (1885, 1890). The design finally matured into the Mannlicher M1895 which was in military service from 1895 through to 1945 with various armed forces in Europe. Some argue that the design of the rifle while ingenious, it was also its downfall as it wasn’t soldier proof and prone to failure. Ferdinand among others also played with the design in the attempt to create a semi automatic rifle. The patent below is from a Dr Adolf Zeke who designed a modification to the M1895 to turn it into a semi automatic rifle, if you come across one of these I would hang on to it as it will be as rare as hens teeth and potentially worth some money to a collector. So the modern semi automatic weapons we see today from Heckler & Koch and various carbines such as the M16, M4 et al can in many cases trace back the theory of the design to people like Dr Zeke and other Engineers of the time. 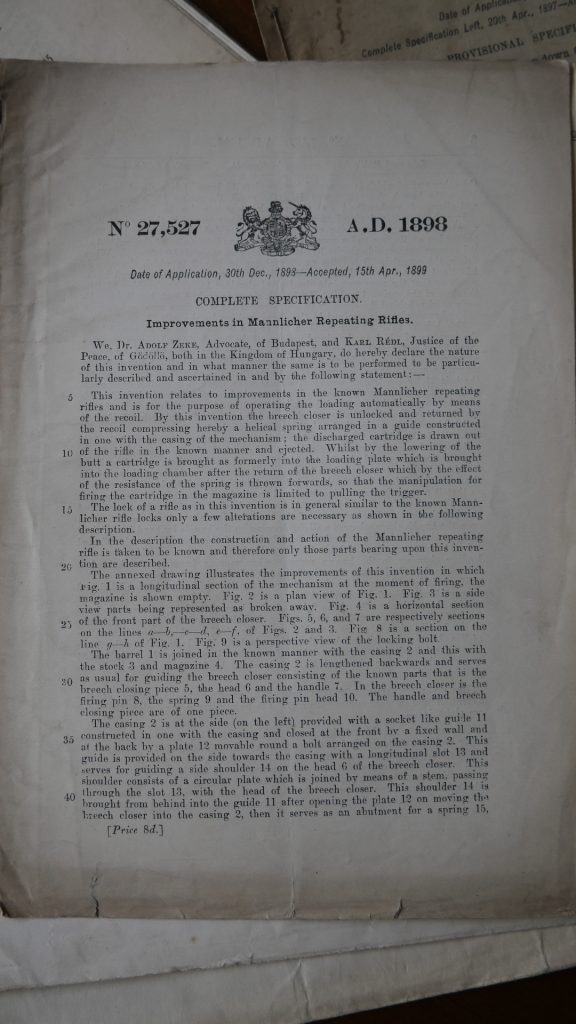 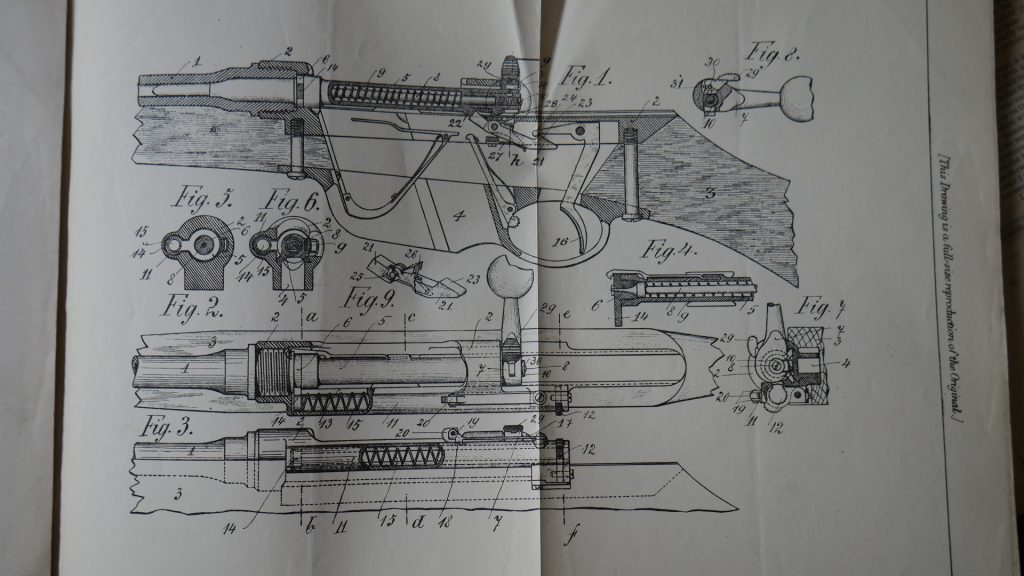 Where else has the straight pull rifle been used?

The Schmidt-Rubin rifle is an equally early patented straight pull mechanism designed by Eduard Alexander Rubin and Ruddolph Schmidt. This is a Swiss army issue rifle, however as the Swiss I don’t think have ever fired a shot in anger we can’t assess the usability in Warfare. However, it is a beautiful rifle in its own right and still in use today (well sort of).

Another attempt at a straight pull service rifle was the Ross. Named after Sir Charles Ross, a Canadian national originally from Scotland (the 9th Baronet of Balmagovan and Eton graduate). Himself a very keen sportsman, he found himself in the right place at the right time but with the wrong rifle. The Canadian government had requested to purchase 15,000 Lee Enfield rifles from the UK Government but the request had been denied due to mainly capacity issues as the UK were upgrading the design of the Lee Enfield post the Boer War.

So insteps Sir Ross with his .303 calibre straight pull rifle that could be manufactured in Canada, this impressed the Canadian Minister of Militia, Sir Frederick Borden as Canada was going through a political period of nationalisation. Long story short, the Ross was commissioned and became the Canadian service rifle. Very much like the Mannlicher, it was a superb rifle if you were hunting with it but put it into trench warfare and in the hands of soldiers at it failed miserably.

Where are we today?

Well the straight pull rifle didn’t quite cut the mustard in warfare and has now been surpassed by a variety of semi automatic carbines. However, in the sporting world the straight pull is favoured by many sportsmen, but you have to ask how different are the designs from the firearms mentioned above? The Chapuis Rols can be likened to the Blaser R8 in many ways and both rifles allow for barrel swapping etc. However for us, the really revolutionary straight pull rifle of recent times has to be the Merkel Helix RX as it features barrel swapping and a 1:2 bolt carrier that allows the shooter to keep his/her head on the stock while cycling the rifle. 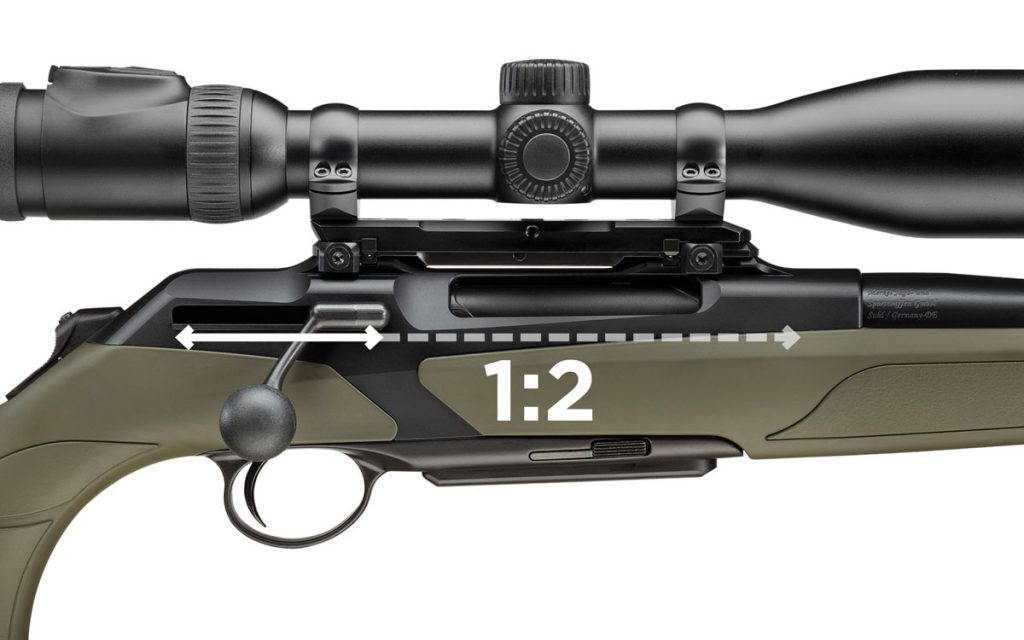 I will write another piece surrounding the origins of the Lee Enfield and why it was superior in warfare to the firearms mentioned above another time. Be sure to check on our blog (The ‘Perfect Gun’) to read other related and interesting articles and reviews.