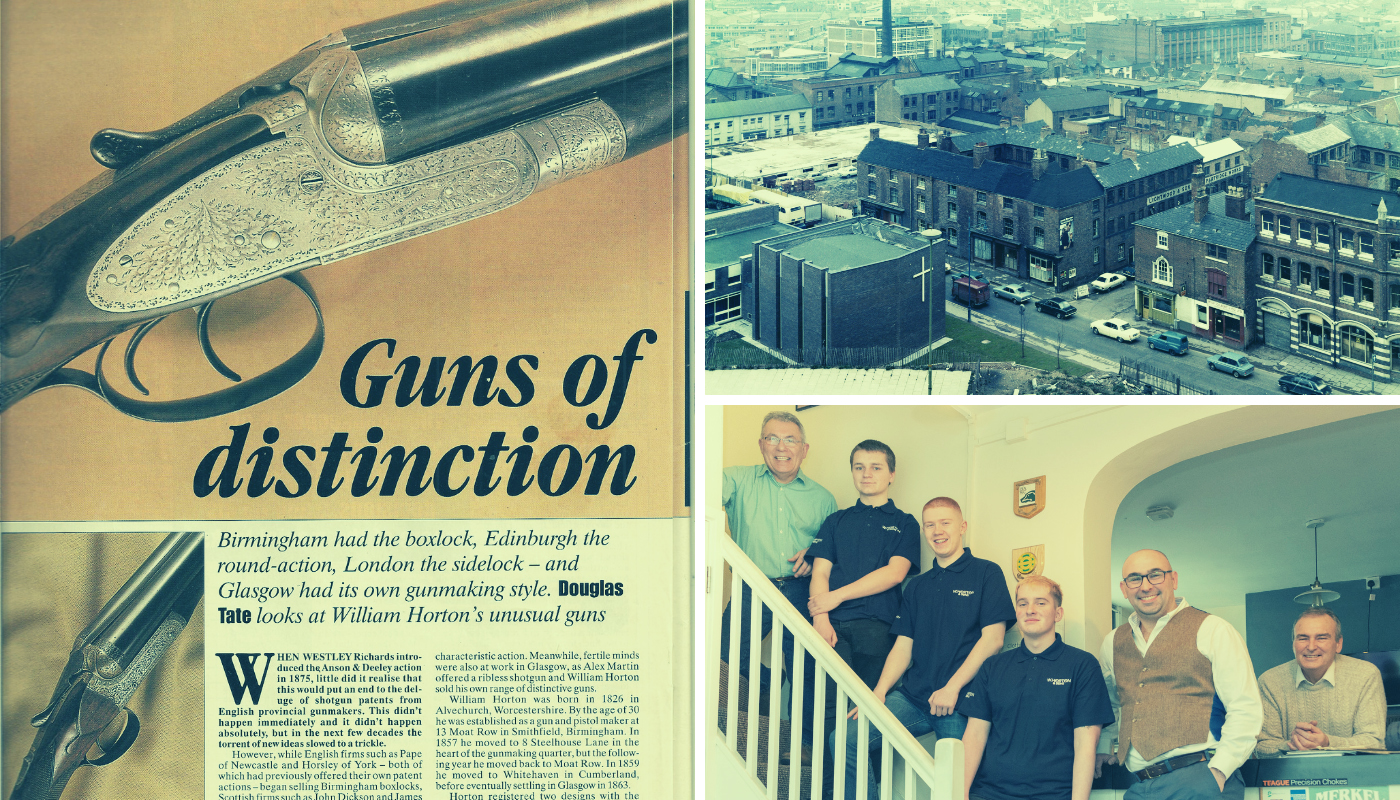 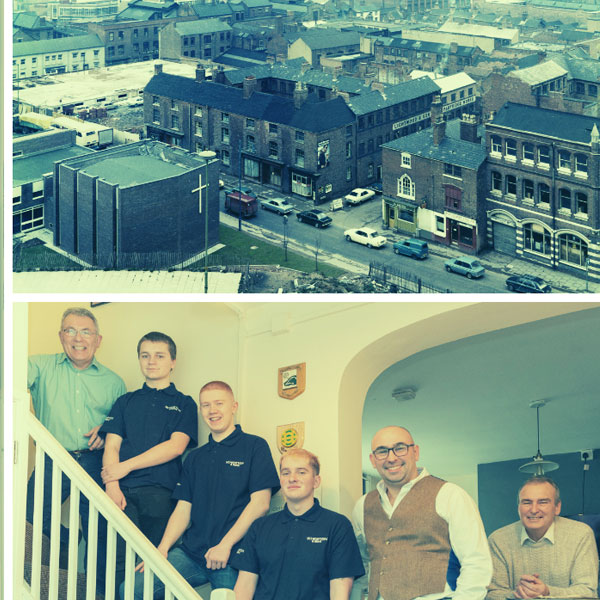 Steven Horton restarted the business in modest form back in Birmingham in 2012, since then the business has grown in size, once again fulfilling its role as a premier gun maker and innovator within the trade. In late 2018 Gary Clark (formerly of Boss & Co) joined the business as workshop director, this appointment enables Horton & Sons to once again manufacture guns in our own nameand provide a plethora of specialised services to both trade and public.

The Horton family have been involved in the Gun Trade since 1751 with Joshua Horton based in Birmingham. Such was the influence of the Horton name in the Gun trade that we were one of the original founding members of the Birmingham Gun Proof house that was designed by John William Horton in 1813. In 1855 William Horton (Stock Maker, apprenticed at William Ford) saw an opportunity to capitalise on the industrial boom in Glasgow, Scotland. William set-up shop and was supplied by action and barrels sets made in Birmingham initially by his two brothers Joseph Horton (Barrels) and another Joshua Horton (Actioner) who were situated in Bagot St, Birmingham. The Scottish Horton guns were then filed and finished to suit the Scottish market of the day. The Glasgow operation continued with Oliver Horton (a superb and innovative Gunsmith in his own right) up until 1924 at which point the stock was sold to Alex Martin to pay the dowries of Olivers two daughters. The Horton name continued to operate in Birmingham Gun trade up until the outbreak of WWII when Sydney Horton (Apprenticed at BSA) joined the South Staffordshire regiment as armourer and served in North Africa, Sudan, India, Burma and Norway. 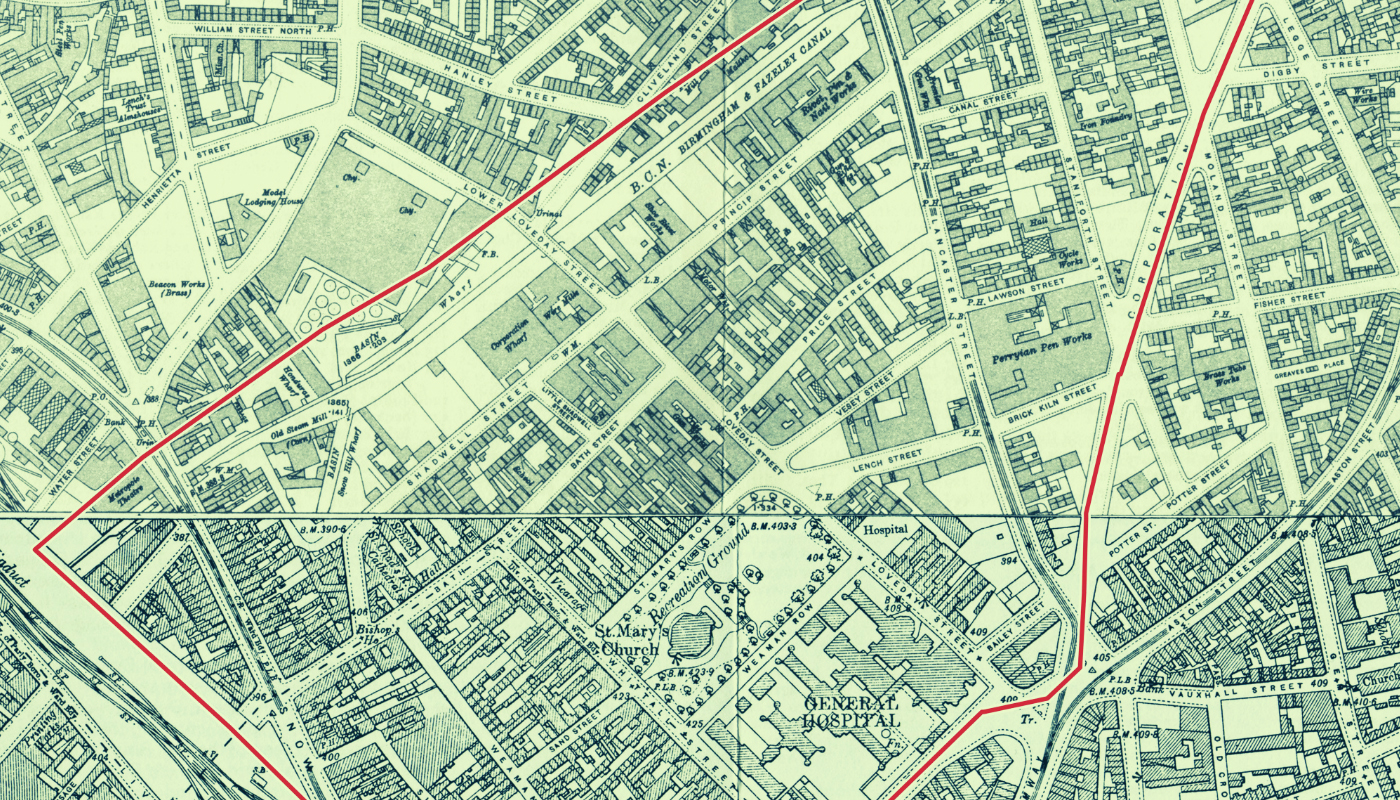 A number of gun patents (expired) are attributable to the Horton dynasty, namely the pin less toplever (Polygrip) which is still used today and the first ever adjustable trigger (both weight and LOP). The Horton guns can be found all over the world with the higher grade Imperial shotguns commanding good sums of money. The most notable clientele of Hortons being the current Queen of England’s maternal grandfather; 14th Earl of Strathmore & Kinghorne who purchased 14 guns from 1895 through to 1914. With both William & Oliver Horton becoming regular guests at Glamis Castle. As a gesture of gratitude and respect, a pair of 16 bore Imperials were gifted to his daughter Lady Elizabeth, Queen Mother on her 21st Birthday. These guns still exist in almost new condition in the Sandringham Gunroom.