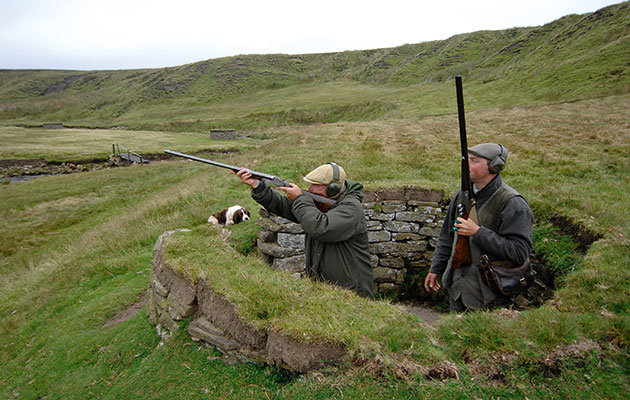 As avid users of Facebook will know, the platform was recently awash with ’10 Year Challenge’ photographs depicting an image of both 2009 and 2019. The satirical comedy pictures aside, this shows how your body can change in a relative short period of time. W Horton & Sons has recently been contacted by several prospective clients whose shooting prowess has been put into question; the similarity of the stories told by the respective clients is uncanny. Most of the people who have contacted us are serious game shots in their fifties (shooting 20+ days per season) and all have previously been fitted for the guns they are using but are now beginning to experience inconsistency in their shooting success. W Horton & Sons offers a made to measure service with Chapuis, Grulla, Zoli and Merkel. The video at the bottom of this page was filmed when we offered the same service with Rizzini and needs to be re-filmed as we no longer retail Rizzini.

We’ll give our opinion on why gun fit changes later on in this post, however the first thing YOU should absolutely not do is listen to friends with good intent. I experienced this on a day recently where I put to the test our own Horton O/U prototype gun (fitted with a long stock and no cast – it is a prototype that patterns how we want it to but certainly doesn’t fit me). I had to endure Colin the loader for the entire day! “Behind Sir! Little bit below Sir! Too much lead Sir!”

By the end of the second drive (tongue in cheek), I told him to “Ssshh!” or “Stay in the gun bus, this gun does not fit and I don’t expect I’ll connect with everything!” On the third drive he was twitching and I could sense he was dying to continue his well-meant rhetoric. By the fourth drive he’d turned into tutting like skippy the kangaroo and by the fifth he couldn’t hold it in any longer and had reverted to form, commenting on every missed opportunity. My point is; I knew the gun didn’t fit and I knew I’d have an inconsistent day, I was testing our Horton prototype in the field and that was my aim. However for many, they’d have taken the advice of Colin and adjusted the mount, style and stance in an attempt to improve consistency which is incredibly difficult to do with an ill fitted gun.

A plethora of factors can come into play as to why your gun no longer fits you. One thing we’ve noted is that people in their fifties can often (not always) experience a shift in eye dominance from right to central and can even flip to the left eye or vice versa, therefore it may not be the fit of the gun but an addition of corrective lenses or squinting of an eye that is required etc. Some people can either put weight on or lose it, therefore changing their physical stature to a point where a fitted gun no longer fits. In the same way your wedding suit may no longer fit, your gun may not either.

Throughout the month of March we are offering a gun fit clinic. An hour consultation at our premises in Birmingham for £50 to critique your stance, mount and the fit of your gun.

An Heirloom saved The Horton Macnab decanter in aid of GWCT Martin Bublik engraved Beretta from Douglas Tate & ‘Piggy’ Johnson Design innovation vs mine is better than yours What is in a name? We have a solution to the lead ban Introducing the Limited edition Zoli 175th Anniversary Shotgun Buying Guide – Over and Under action types Response to hate mail regarding trophy hunting Service records for guns