The origins of the over and under

The first is obviously Boss & Co, a makers guns that most sportsmen would love to own and shoot. Even King George VI was reputed to have said when asked if he’d considered a Boss “A Boss gun, a Boss gun, bloody beautiful, but too bloody expensive”. 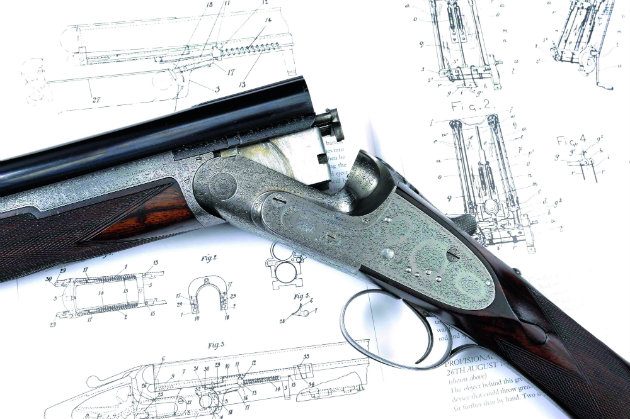 So why are they so expensive? To understand why they’re so expensive, we first need to look at the ethos of the people behind the maker. The design of the Boss over and under cannot be credited to Thomas Boss (originally from Birmingham) who apprenticed under Joseph Manton (at the same time as James Purdey), but a previous Thomas Boss outworker by the name of John Robertson. John Robertson, a Scotsman born into a top class gunmaking family spent time in Manchester with Whitworth (the inventor of the “Fluid Steel” gun barrels that surpassed the beautiful Damascus barrels) and also Westley Richards in Birmingham who were at the forefront of many designs at the time (with employees such as Anson & Deeley). It was in Birmingham that Robertson became an outworker for Boss. John never severed his links with Birmingham and even after acquiring the Boss business in 1891 (later known as Boss & Co), he still continued to have parts and components of the Boss guns made in Birmingham. This still happens today with 3 Boss employees occupying the workshop above our own in Price St, Birmingham. So throughout both Thomas Boss and John Robertsons careers, the emphasis was always on quality and innovation of design and use of the very best of materials which are the makings of a ‘Best Gun’. The other main element that makes the Boss guns so expensive is the design that due to its complexity, unless you are anything less than at the top of your Gunmaking game you have not a hope in hell of executing the design correctly.

Below you will see one of many patents registered by Roberstson of Boss & Co showing the intricacy of the ejectors. You will also note that the barrels do not have any barrel loop and the main operation is actually in the classic Boss wings that make up the forend (some of the many elements that make executing the design difficult). So what was he trying to achieve? Well a number of things including weight reduction, balance and above all, how well the gun works when fired. By reducing the height of the action it means that felt recoil is reduced as it pushes the gun back into the shoulder opposed to upwards into the face. Many modern day gunmakers have taken elements of the design. For example the barrel locking mechanism that is used by Perazzi, Perugini & Visini and our very own prototype Horton guns.Also Zoli who while they don’t use the same shape barrel lump, they have reduced the height of the action to achieve less felt recoil by incorporating the Boss style locking bolt. Chapuis also use a Boss style locking bolt. 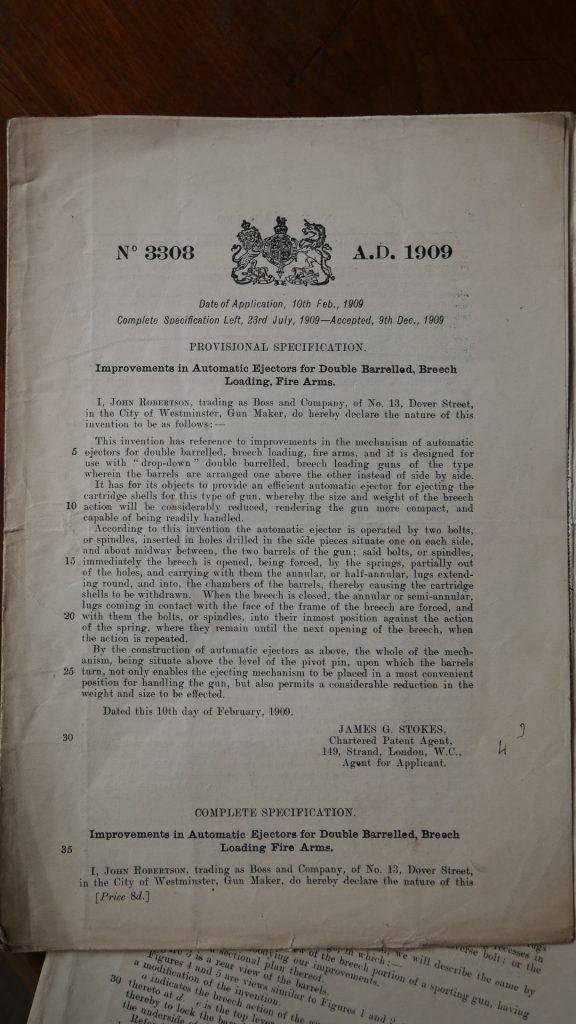 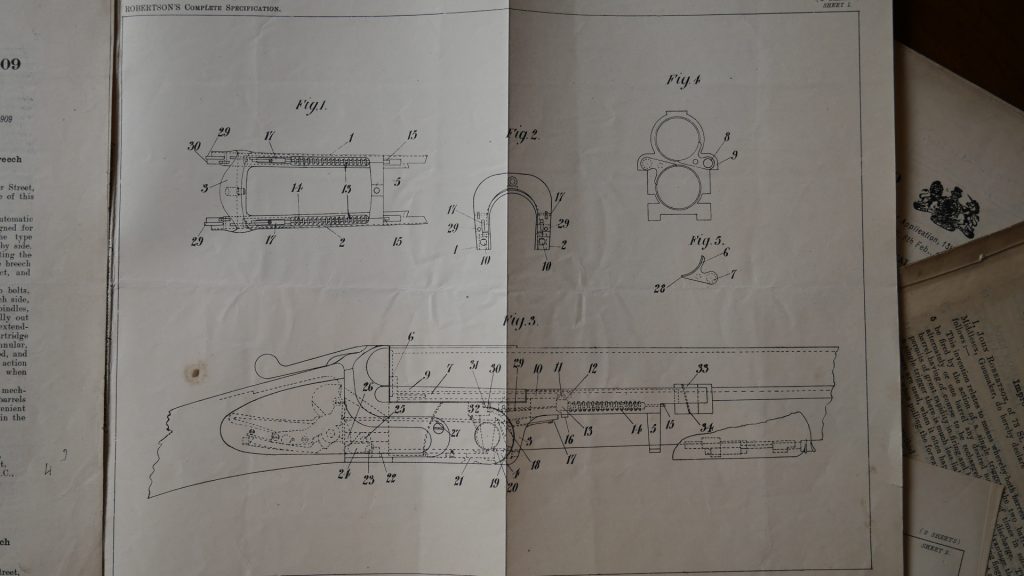 The second maker is a little less known but in our view equally as prominent in regard to the evolution of the design of the modern over and under shotgun. A gentleman by the name of Edwinson Charles Green who learnt his craft in Birmingham although moved to Cheltenham in 1863. 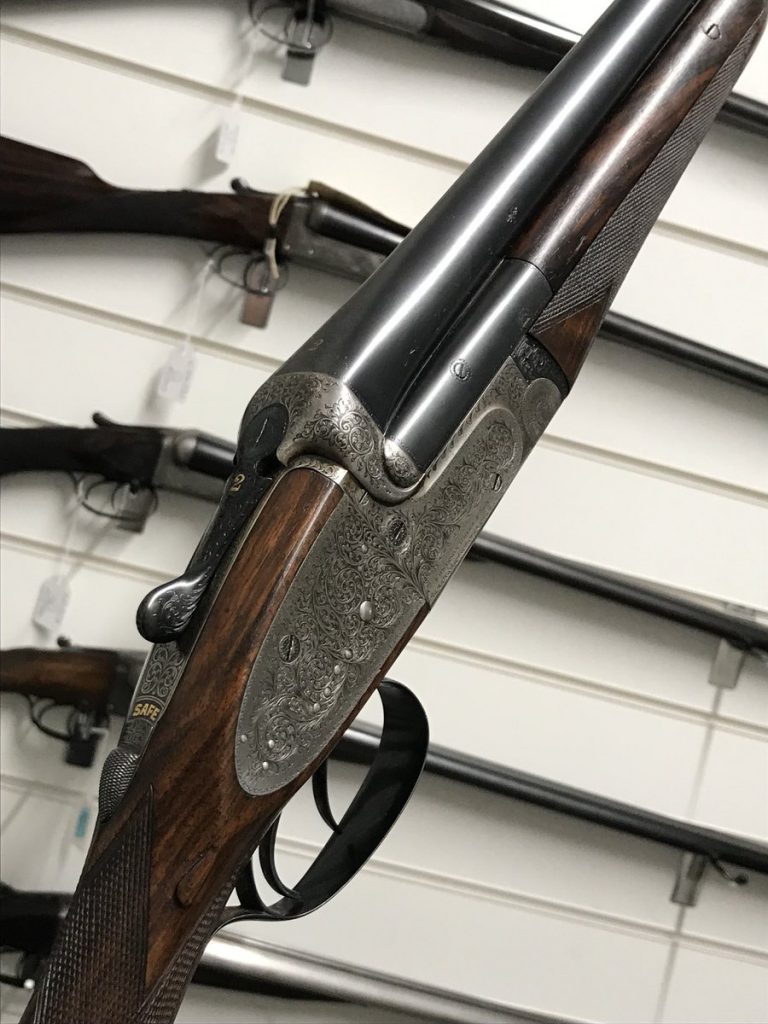 Edwinson Green took an all together approach to the design and by ensuring it was far simpler than the Boss design, the execution of the design was far cheaper. While a brilliant gunsmith, he designed his over and under very late in his career so unfortunately never really saw the fruits of his ingenious labour. Even Purdeys (under stewardship of Athol Purdey) first over and under shotguns were largely made on the Edwinson Green design due to its strength. When you look at the design below you can see many characteristics again utilised by modern gunmakers today. The locking bolt is at the bottom of the action and is inserted into a lug at the bottom of the barrel lump, look familiar? It should do, you see it on Browning, Rizzini, Fausti and a whole heap of modern over and unders. The internal locking bolts at the top is again similar in regard to what it is attempting to achieve to the Kirsten bolt seen on Merkel 303e. The two part forend that you see on quality Belgian made Brownings and German made Merkel 303e etc. 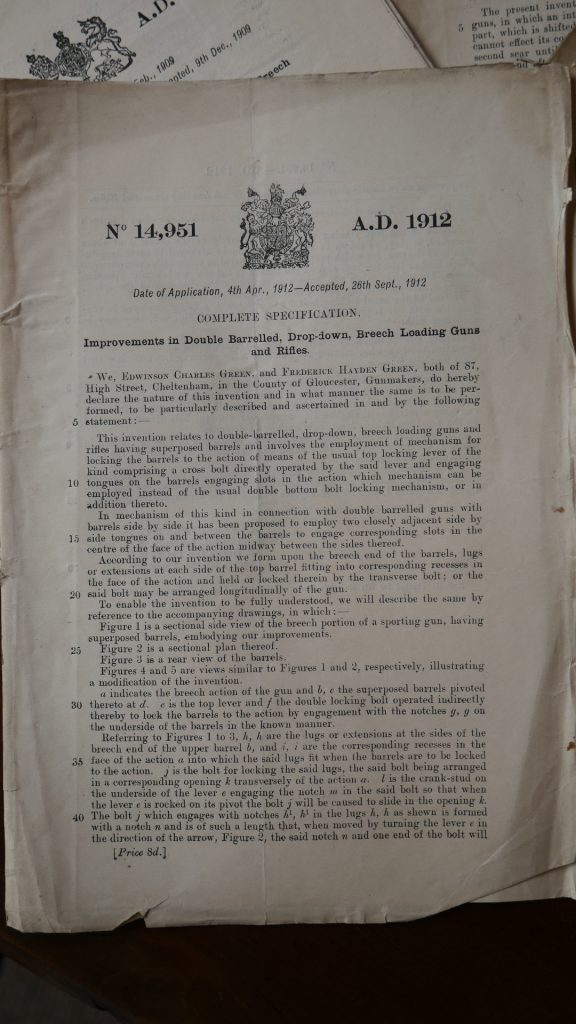 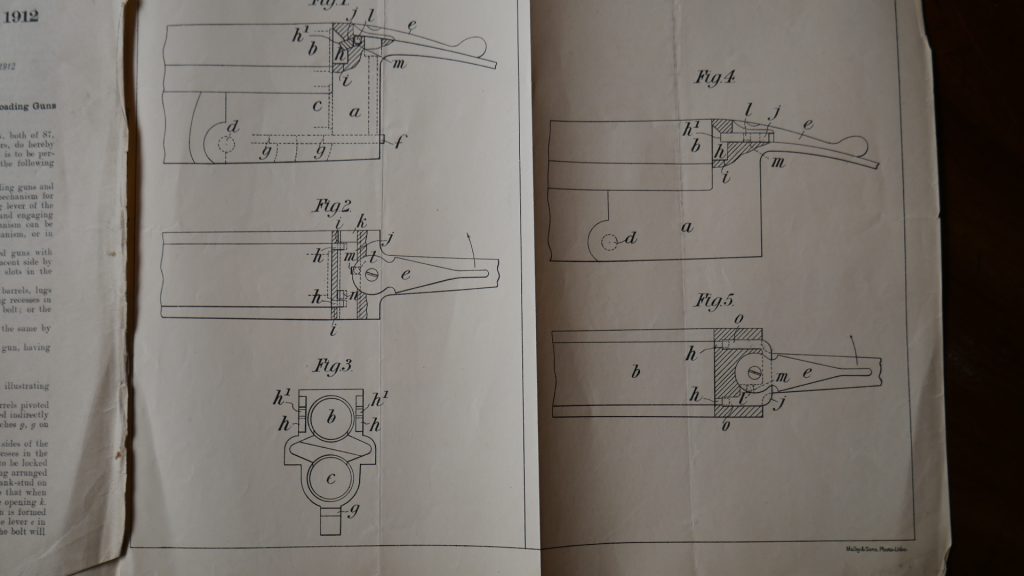 Of course we could list other notable gunmakers but for us, Roberston and Green are the grandfathers of the modern over and under shotguns we see today. I hope you have enjoyed reading the above, please check our blog “Perfect Gun” for more articles and if you are in the market for a new gun, require a repair, gun fit or just some friendly advice please get in touch.

An Heirloom saved The Horton Macnab decanter in aid of GWCT Martin Bublik engraved Beretta from Douglas Tate & ‘Piggy’ Johnson Design innovation vs mine is better than yours What is in a name? We have a solution to the lead ban Introducing the Limited edition Zoli 175th Anniversary Shotgun Buying Guide – Over and Under action types Response to hate mail regarding trophy hunting Service records for guns