The intercepting sear is a term banded around a lot within the shooting fraternity when discussing the prowess of ones firearm, yes the old “mine is bigger or better than yours” codswallop. I still maintain to the Wife it is what you do with it that matters, but that is a different story and no she didn’t listen and that’s why she is now the ex.

However, I doubt many people actually know what an intercepting sear is and many people just go along with the conversation so they don’t look stupid. Then you have the know it all shooter who tests everyone and thinks he is Magnus Magnusson in a mastermind episode.

Anyway, I’ve started so I’ll finish. So what is an intercepting sear?

First of all a sear is meant to hold the hammer back when the firearm is cocked, so an intercepting sear is basically a second sear, poised just behind a second notch in the hammer that as the name suggests intercepts the hammer from firing if the firearm is dropped or sharply jarred. A single sear gun could jump out of its notch and the hammer could fall, firing the gun accidentally. On a gun with intercepting sears, only by pulling the trigger are both sears moved out of the way simultaneously, allowing the gun to fire. So it is a safety mechanism.

It can be associated with sidelock guns of reasonable to good quality although it is relatively easy to execute in gunsmithing terms in this format. However in a boxlock (not a trigger plate) action it is a very difficult to execute, so I would argue a top quality boxlock with intercepting sears is as good as any mid range sidelock without doubt. 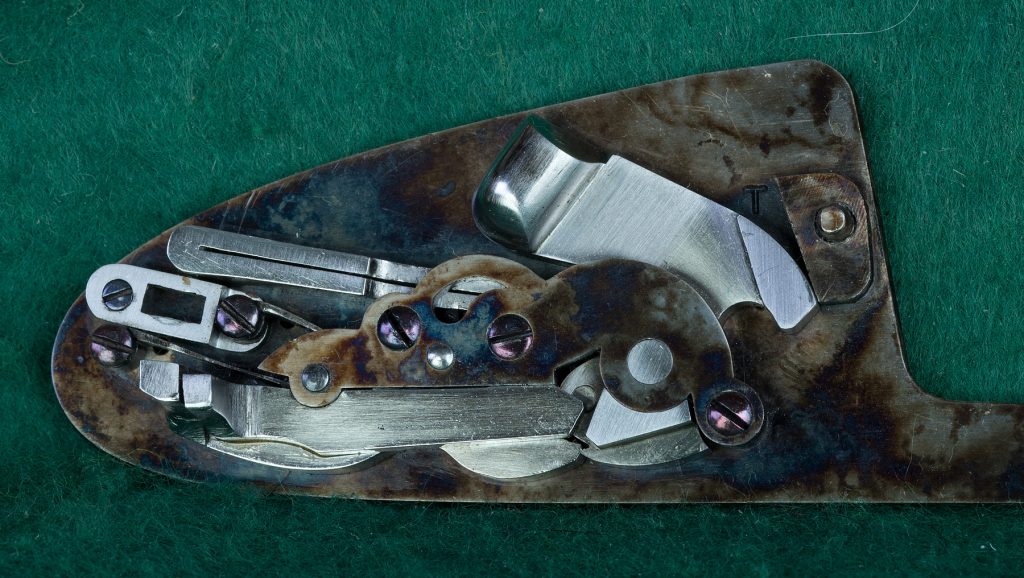 The pictures above show two different sidelock mechanisms that both incorporate intercepting sears, so it can be executed in a variety of ways. Top picture is a variation of the Holland patent and the bottom a Purdey/Beesley patent.

W Horton & Sons retail Grulla that are a great alternative to an AYA, throughout the Grulla range they incorporate intercepting sears on the Holland & Holland patent.